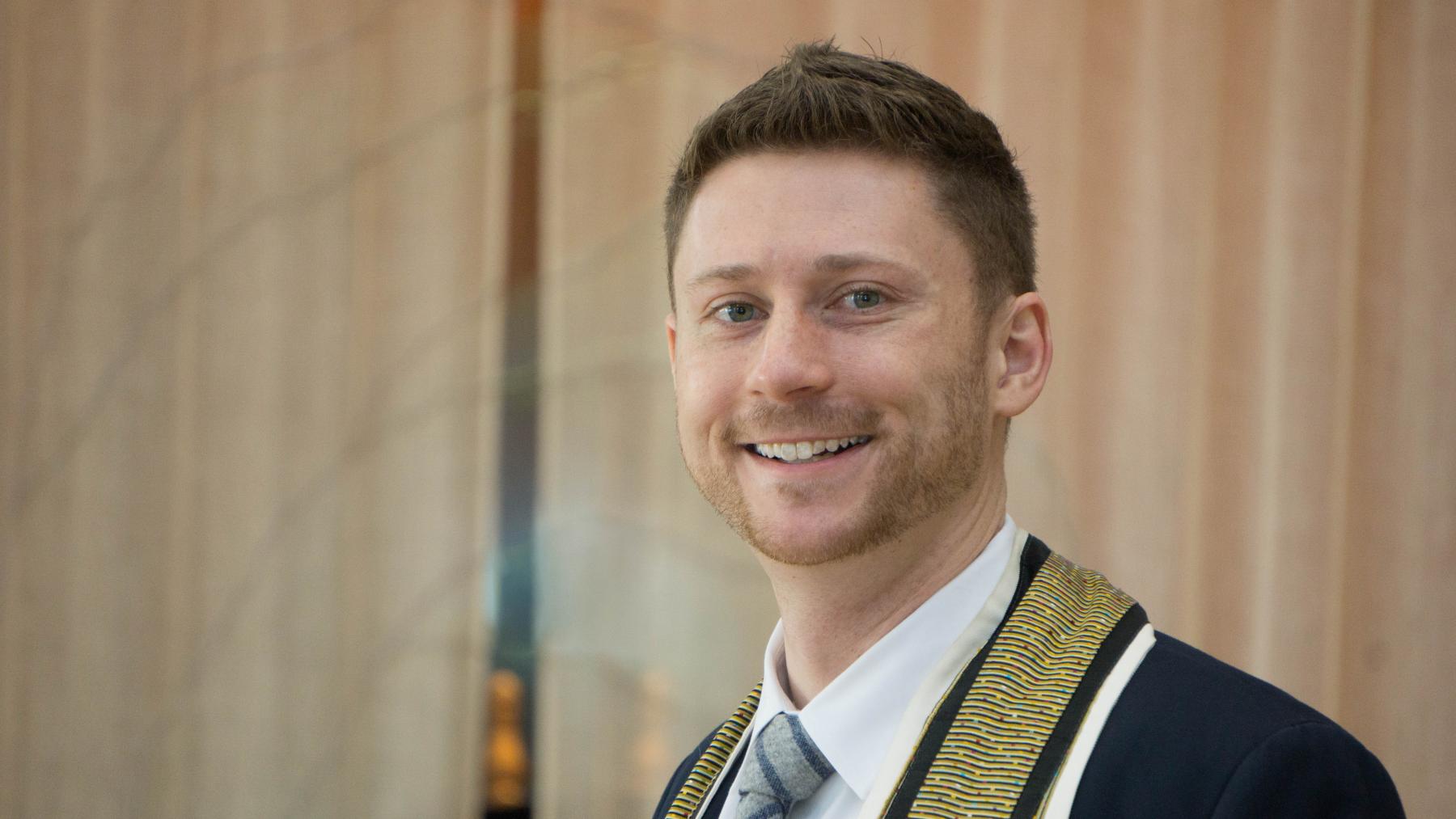 Rabbi Eric grew up at Temple Sinai in Cranston, RI and later graduated summa cum laude from the University of Massachusetts Amherst with a B.A. in Judaic Studies. In college, he led Reform services at UMass Hillel, marched in the band, worked as a Resident Assistant, joined Alpha Phi Omega, and traveled to Israel twice. Between college and HUC-JIR, Rabbi Eric worked at his home synagogue and at a rock climbing gym. During his studies at HUC-JIR, Rabbi Eric has participated in a variety of work and learning opportunities, including running the adventure course at URJ Eisner Camp; offering pastoral care as a chaplain intern at Memorial Sloan Kettering; fighting for social justice with T'ruah; co-leading the HUC-JIR Soup Kitchen; and serving as a rabbinic intern at Temple Isaiah in Lexington, MA and at Larchmont Temple in Larchmont, NY. Moreover, he earned his M.A. in Religious Education from HUC-JIR.

Rabbi Eric believes that Judaism can change lives and better the world. He hopes to lift up many voices to create a shared vision for Hopkins Hillel, the Baltimore community, and beyond. He's excited to partner with students in discovering new ways to be and do Jewish.