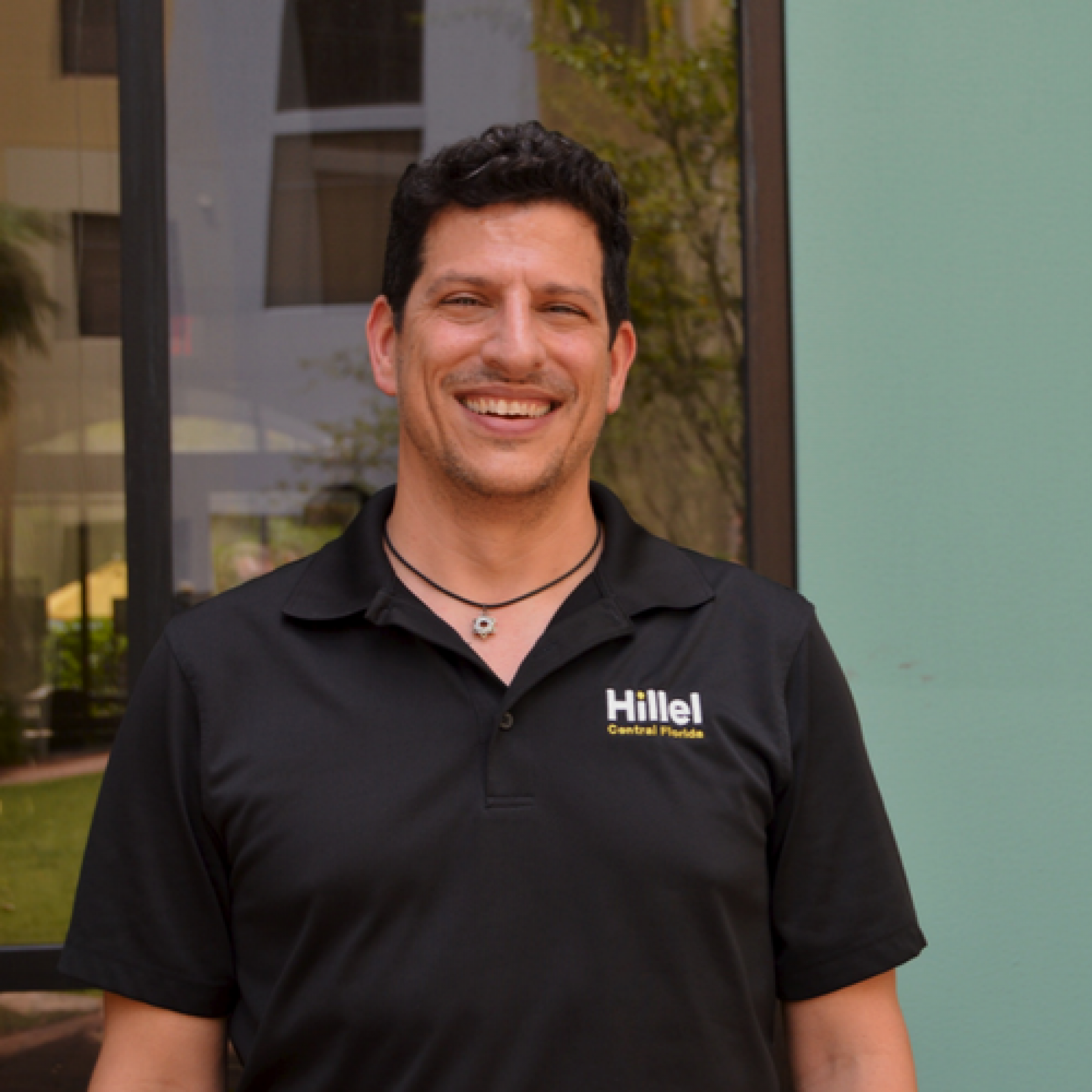 Aaron Weil, arrived in Orlando in June, 2013 after 10 years as the Executive Director of the award winning Hillel Jewish University Center of Pittsburgh. In 2007, the Pittsburgh Post-Gazette rated Hillel JUC as one of “Pittsburgh’s Great Places to Work and the Hillel was the recipient of nearly annual awards from the University of Pittsburgh and Hillel International including Hillel International’s highest honor: the Richard M. Joel Exemplar of Excellence Award which was awarded to both the Hillel and Aaron. In addition, Aaron was the recipient of the Doris and Leonard Rudolph Leadership Award, the highest award in the Pittsburgh Jewish community.

Prior to Hillel, Aaron spent a decade in Israel working in the High Tech and Offshore investments sectors including a half decade stint as the co-owner of one of Israel’s leading mid-size Public Relations firms.  While in Israel, Aaron also served in the IDF and was active in political consulting including working with Deputy Prime Minister Natan Sharansky’s  political party Yisrael B’Aliyah in the 2003 election.

Aaron is twice the recipient of AIPAC’s “Ally of the Year” award, a fellow at the Hartman Instititute in Jerusalem and an alum of the Encounter Program.  Weil received his Masters in Jewish Non-profit Management from the Spertus Institute and his B.A. in Global Policy Studies from The University of Georgia.

Aaron and his wife Sharon live in Winter Park with their son Nadav and they have two daughters, Noa and Roni, who live in Israel.